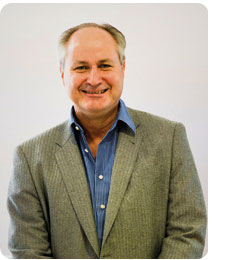 As predicted, 2016 has been an extremely challenging and tumultuous year for the agribusiness environment and farmers alike.

Not only did the prevailing drought of the previous years continue its devastation over much of the country, but a declining economy and resultant constrained consumers led to dampened demand and declining output.

Given additional policy uncertainty and the country’s deteriorating political economy, agricultural Gross Domestic Product (GDP) and agribusiness confidence were in significantly negative territory for the most part of the year.

In addition to domestic uncertainity were unexpected international events, such as Brexit and the election outcome in the United States, both of which will likely carry longer term implications for South Africa’s key agricultural export markets.

However, in the last quarter of 2016 there was evidence of some recovery in the Agbiz/IDC Agribusiness Confidence Index, and with good rains falling in key production areas, this has indicated a potential turnaround situation. The situation around the country’s broader political economy however remains a major concern.

Given deep and fundamental political divisions in government and the governing party, threats of rating agency down-grades to sub-investment grade, as well as given an especially uncertain global political and economic environment, these ‘green shoots’ could prove to be but an empty promise. Thus, the agro-food food system and consequently also the country’s food security, remains at risk.

In 2017 the agribusiness environment will be faced by various challenges in terms of engagement with key land reform legislation.

Other critical pieces of legislation that will feature in the legislative process and impact on the agribusiness environment will be:

Additional and critical policy and legislation impacting on the agro-food industry will no doubt surface in 2017 and will be addressed by Agbiz. A positive aspect is that the so-called CEO Process, initiated by Minister Pravin Gordhan, can assist in creating an environment for strong and inclusive growth in the broader agro-food sector.