The 2014 Agbiz Congress, which took place in Somerset West, Cape Town on 28-29 August 2014 is one of the major events on the food, feed, fibre and wine sectors’ agenda in South Africa.The congress provides premier agribusiness networking opportunities for business leaders and policy makers to meet and shape the future of the South African agribusiness industry.

Themed: "Shifts Happen! - Manage them", this years Agbiz Congress featured a comprehensive programme which focused on threats, risks and opportunities brought about by major shifts in the socio-political and economic power dynamics across the globe, and how to manage them.

These significant shifts in the power dynamics across the globe have resulted in a multipolar growth world, with changed dynamics and structural stresses in both the Developed Market (DM) and Emerging Market (EM) countries. South Africa is not immune to these dynamics and challenges, and even has additional transformation imperatives that make fundamental society shifts inevitable and necessary.

Shared economic growth and food security imperatives are driving policy and legislation development on an unprecedented scale, while economic considerations and consumer demands are also driving agro-food system development in a particular direction. The question is thus not whether these major shifts will or are happening, but it is about identifying the threats, risks and opportunities these shifts bring, and how you manage them.

The following topics were addressed in the congress programme: 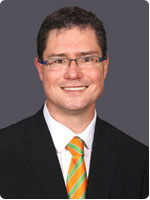 Stan du Plessis is a macroeconomist at Stellenbosch University where he is Dean of the Faculty of Economic and Management Sciences and Professor of Economics. He is also an economist for Prescient Securities. He studied at the Universities of Cambridge and Stellenbosch and is a former President of the Economic Society of South Africa.

He was a member of the "Harvard group" of economists who advised the South African government on policy since 2006. His scholarly publications have focussed on monetary policy and the business cycle but he has also written on wide range of related topics. He is a National Research Foundation "rated" researcher. 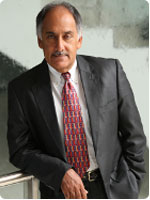 Cas obtained his B.Com from the University College - Durban in 1971. He completed the Housing Finance Course with the Wharton Real Estate Centre at the University of Pennsylvania. He also completed the Effective Directors Programme with the Kagiso School of Leadership. He has contributed to numerous articles and publications on housing finance, civil society, local government and the role of civic organisations in governance.

Cas became involved in anti-apartheid politics in the early 1980's. He was very active in the civic movement, starting in Laudium, Pretoria in 1980.
Cas is currently the Managing Director at The Banking Association South Africa. He has played a central role in the negotiations leading to the signing of the Financial Sector Charter and is playing a critical role in the implementation of agreements reached in the Charter.

Cas is the immediate past chairman of The Johannesburg Civic Theatre and Vice-Chairperson of the Trust for Urban Housing Finance. He is also Chairperson of the National Business Initiative and 1st Deputy Chairman of the African Union for Housing Finance and also serves on the Board of the Centre for Development and Enterprise. He is also President of the International Union for Housing Finance. He serves as a Council member of the University of Witwatersrand. He is also on the board of the Nepad Business Foundation and the Management Committee of Business Unity South Africa.

Cas was instrumental in the conceptualisation and establishment of Community Bank in South Africa and is passionate about the area of access to financial services to the broad spectrum of people in South Africa. He has considerable experience in housing finance, SMME support, local government restructuring, dynamics of organised business and the financial environment in the SADC region.

He served articles for training as a chartered accountant and ran an accounting practice for a number of years. He also spent time with the Kagiso Group managing a small venture capital company that invested in emerging manufacturing enterprises. He is thus proficient in the financial environment and able to get on top of issues fairly quickly.

Cas is married to Sabera Bobat and has a daughter by the name of Nabeelah. He has a son, Bilal, from a previous marriage. 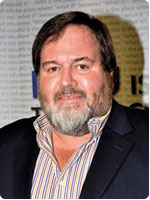 Theo Venter a political and policy analyst at the Potchefstroom Business School and Special Advisor to the Vice Chancellor of the North-West University. In this capacity he advises on politics, strategy and planning. He is also a political commentator on South African politics, especially on radio and TV.

He has been part of the election coverage as political commentator from 1988 to 2014 in all national and local elections. He also teaches a course in the formulation of strategy at the NWU Business School. Theo Venter has won the award for one of the most quoted staff members of the NWU in 2012 and 2013 and 2014.

Theo Venter was born on 27 November 1955 in Modjadjiskloof (Duiwelskloof) in the Limpopo Province. He grew up in Vanderbijlpark and matriculated in 1973 from the Transvalia High School. He then studied at the Potchefstroom University and obtained a masters degree in Political Science in 1982.

From September 1982 to January 1984 he studied in the USA as a Fulbright Scholar at the Nelson Rockefeller School for Public Management at State University of New York in Albany, NY obtaining a second masters degree in Comparative Politics. Theo Venter is an outdoors person that loves nature, photography and wildlife and hunting. He is married to Thildé and they have four children. 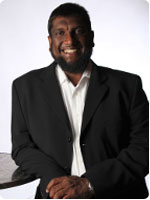 Mohammad Karaan is graduate of Stellenbosch University and in 1990 obtained a BScAgric degree and eventually completed an MScAgric in 1994, and a PhD (Agric) in 2006. He joined the Development Bank of Southern Africa in Johannesburg as an economist and later returned to Stellenbosch to join the Rural Foundation as Head of Research.

He served as advisor to the public sector in the following capacities:

In the private sector his involvement includes:

He lives in Stellenbosch and farms in the Hemel & Aarde Valley near Caledon. 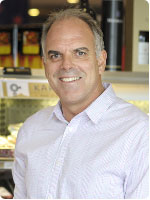 Head of the Department of Agricultural Economics, Extension and Rural Development at the University of Pretoria.

He was born in Cape Town and matriculated from the Hoërskool Jan van Riebeeck in Cape Town in 1979. Subsequently he enrolled for undergraduate studies at the University of Stellenbosch and completed the BSc Agric degree and a BSc Agric (Hons) degree in Agricultural Economics.

Johann Kirsten, is Professor and head of the Department of Agricultural Economics, Extension and Rural Development at the University of Pretoria. He was born in Cape Town and matriculated from the Hoërskool Jan van Riebeeck in Cape Town in 1979. Subsequently he enrolled for undergraduate studies at the University of Stellenbosch and completed the BSc Agric degree and a BSc Agric (Hons) degree in Agricultural Economics.

During his career of more than 20 years as academic he has published more than 110 articles in peer reviewed journals as author and co-author and also co-edited 4 books. A total of 60 Master's students and 22 PhD students completed their studies under his supervision. He served as a council member of the National Agricultural Marketing Council in South Africa from 2001 to 2011 and was also appointed by the Minister of Agriculture as Chair of the Food Price Committee during 2003/4.

He also served as the Vice-President of the International Association of Agricultural Economists for the period 2006 – 2009. His main research interests are agricultural policy, land reform and the economics of origin based foods. In this respect he was the mastermind behind the legislative process to get legal protection for Karoo Lamb and also to establish a certification mark for this well-known iconic South African food. 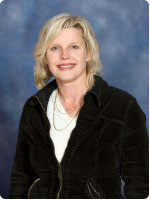 • Born in Pretoria on 16 November 1966.
• Matriculated from High School Silverton: 1984
• Obtained the degrees BLC, LLB and LLM at Pretoria University. Masters degree was done in constitutional practice.
• Admitted as an attorney in 1993. Practised at the firms Getz, Behr and Mendel Cohen and MacRobert Incorporated and for own account.
• Lectured in Commercial Law, Interpretation of Statutes and Indigenous Law at the University of Pretoria 1993 – 1995.
• Legal Advisor to Agri SA from 1996 – 2004.
• Currently doing legal and policy work as well as parliamentary liaison work on a contract basis for Agri SA and Agbiz from 2004 to date.
• Work experience includes drafting of opinions, submissions, presenting submissions to Parliament, negotiating in various forums such as NEDLAC, presenting at conferences, analysing legislation and policy, liaising with legal teams on litigation up to Constitutional Court level, writing articles, participating in radio programmes, interacting with senior government officials. 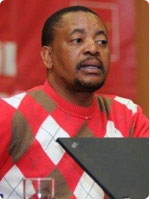 The GS was born in Meadowlands in 1968 July and went on to study in the same township of Soweto. In 1987 he passed his matriculations but returned to repeat his matriculation studies with a view to obtaining matriculation exemption/university admission qualification.

As a student and youth political activist at the time, he was detained on 30 April 1988 under the notorious state of emergency regulations of the Apartheid internal security laws. He spent the next ten months in detention without trial until he was released following 19-day hunger strike in February 1989.

In 1990, he enrolled for and completed a University Bridging Program with Khanya College and proceeded to complete a Bachelors degree in 1994 with Wits University. In 1995 he then joined FAWU as a National Negotiator and has remained in the union to date. During this period Katishi was able to obtain two post-graduate qualifications.

These are a two-year part time post-grad diploma in economics and a six-month post-grad certificate in competition law, both with Wits University in 2002. He went on to complete a masters degree studies and was awarded an MPhil (Economic Policy) Degree in March 2009 at the University of Stellenbosch. In his stay at FAWU Katishi has served in several capacities, from a National Negotiator in 1995 to an Economics Coordinator in 1997.

Katishi has been a member of COSATU central executive committee since 2003 April, after being elected the Deputy General Secretary of FAWU. Katishi also serves as the Africa President of the International Union of Food and Allied Workers Associations (IUF) and in IUF Global Executive Committee. Katishi serves in various boards and structures, such as the Governing Board of AgriSETA and the World Forestry Congress Local Organizing Committee among others.

The Agbiz Student Case Competition was hosted during the Agbiz Congress. The competition provided an opportunity for sixteen top students from major universities across the country to compete in a contest where they had to analyse a real world case and to develop strategic recommendations for addressing key issues in the case.

Agricultural economics and agribusiness students were selected to participate in this initiative. They were divided into four teams which each received the same case, concerning the crisis situation of Sundays River Citrus Company (SRCC), operating in the citrus industry where citrus black spot (CBS) is threatening South Africa's access to the EU market.

"The competition was challenging and required us to think out if the box for innovative strategies," says Ayanda Demana, student from the University of Pretoria. "In the final round we had to present to 250 congress attendees, which were the most people I have ever presented to. At first, I was nervous. However in the end I truly enjoyed it. It introduced me to public speaking on a grand scale."

For more information you are welcome to contact Mrs Lindie Stroebel at e-mail: lindie@agbiz.co.za

This document is a valid and binding agreement between Agbiz and the delegate or his/her company. A TAX invoice will be issued upon receipt of this registration form.

Once you have submitted the registration form, we will send you an invoice.