SA FARMERS are about to hit a sweet spot, one that could cause net farm income to rise steeply over the next decade, but farmers are not gearing up to take full advantage of the bumper years that are on the way.

From 1975 to 2005, food prices showed a long-term structural decline. Then prices started rising, spiking in 2007, in 2009 and again in 2011, by which time the global food price index had hit 200 - double its level at the start of the 2000s. The consensus is that the great 30-year decline is over: food prices will maintain this high plateau.

There are two reasons for this. First is the emergence of the biofuels industry. A rise in the oil price makes it more profitable for farmers to divert crop production into biofuels. The resultant shortage of maize, soya and sugar beet pushes all food prices up. So the expectation of an elevated oil price translates into high and rising food prices.

Second, the hugely growing and rapidly urbanising populations of China, India and Africa are fuelling demand for protein. This global demand shift is mainly in favour of poultry, followed by dairy and then, to a lesser extent, pork.

"The SA agriculture sector has, for the first time in 30 years, a prospect of rising selling prices and this is underpinned by demand which is very close to home," says Stellenbosch University professor Nick Vink.

A few years ago, local economists expected SA's food exports to other countries in Africa to overtake those to Europe by 2020. Instead, it happened last year.

"Ten years ago, when we told the agriculture sector that this day would come, they thought we were mad, because SA exports mainly fruit and wine to the rest of Africa - the same products we export to Europe, some of the wealthiest markets in the world," says Vink.

He contributes to the Bureau for Food & Agriculture Policy, a consortium of which Pretoria University and the Western Cape department of agriculture's Elsenburg research facility are part.

The bureau's most recent forecast is that SA's total output of animal products will rise from 200 index points to 260 by 2022, mainly because of the increased demand for poultry from within SA. Over the same period, SA's output of table grapes, apples and pears is expected to climb steeply from 140 to 180 index points while total field crop production will rise more slowly from 150 to 170.

However, Vink is frustrated because farmers are only replacing and maintaining their existing capital stock. "We are not witnessing additional investment into plant. SA farmers will expand only to meet demand from the SA market," he says. "They are not gearing up to serve the [rest of the] African market."

John Purchase, CEO of the Agricultural Business Chamber, agrees that the opportunities look extremely good, but says farmers aren't investing in new expansion because of considerable policy uncertainty around land and water reform, the threat of further labour unrest and the near impossibility of getting any additional electricity supply connections on farms.

"Farmers are investing just to maintain the status quo, there are no big greenfield-type projects happening in SA," he says. Instead, given farmers' concerns over future land reform, they are diversifying their risk by investing in a big way in Mozambique and Zambia, especially in banana farms and sugar operations, to take advantage of the cheap water and labour.

"They are moving quite skilfully into breeding operations and feed manufacture but are not fully involved in the whole farm-to-fork chain. That will come in time," says SA Poultry Association CEO Kevin Lovell. "For now it's about acquiring a toe-hold in a potential market."

The association's own models confirm that African countries exhibit a nutritional deficit and that chicken will be "the meat of the future in Africa". However, disposable incomes are still low by SA standards and while demand is picking up, the market will take some time to realise its full potential.

"As long as the price of poultry in SA is under pressure [due to unfair imports], I don't see how the [bureau's] forecasts can be realised," he says. "The industry is neither viable nor growing at present, and until the unfair trade environment is resolved, the industry will be more concerned with survival than with expansion."

Having recently succeeded in getting government to raise tariffs on frozen chicken from Brazil, the industry has now petitioned SA's International Trade Administration Commission to investigate the dumping of frozen chicken by the UK, the Netherlands and Germany. SA does not impose any tariffs against EU chicken imports.

But Vink is unimpressed: "Poultry is the area with the biggest growth potential and SA is the only country on the continent with a modern, organised poultry industry. We've got the expertise and understanding of the market, yet what are we doing? Moaning about imports instead of investing in additional capacity to export into Africa." 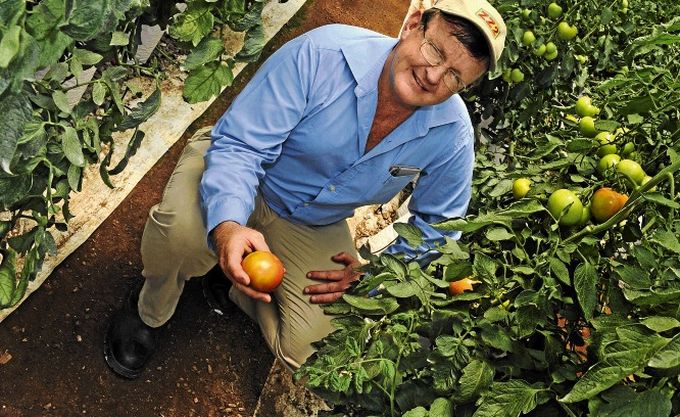