The Steering Committee is responsible for addressing governance matters and strategic issues, and is accountable to the Agbiz Council. The Council met regularly to provide mandates for positions on a range of policy matters and issues.

Francois obtained his B.Sc. (Honours) degree at the Free State University in South Africa. He started his career at OTK, now known as Afgri, in 1987 as a Livestock Specialist. He worked himself up through the ranks of the company in several operational positions until he was eventually appointed as Director of Grain and Diverse Operations. He was tasked with the turn-around, restructuring and takeover of several businesses.

The concept of designing the future and not predicting it was developed. It contained, amongst others, the concepts of consolidation, reorganising, geographic expansion and extending the value chains in the areas of strategic focus. Partnership development is one of the business model focus area and a variety of national and international partnership models were developed and successfully implemented to date.

The philosophy of the strategy is to initiate change in the sector and to facilitate this. International exposure of the Executive Committee to the best training facilities around the world is being done. Regular talks at leading conferences and business schools are given on this topic. He serves as Director on a number of Subsidiary Board's and is an Executive Director on the Board of Senwes Limited. Senwes is an agricultural business that focuses on the provision of production inputs primarily to grain producers, as well as market access for agricultural produce.

This is strategically coupled with the provision of value added services, which include, amongst others, financing, insurance and agricultural technical services. Senwes conducts its business predominantly in the North West, Free State, Gauteng, Northern and Western Cape in South Africa. The group also undertakes international trade in the SADC region as well as certain parts of East Africa. 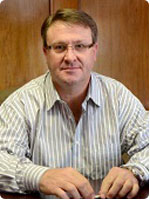 Sean was appointed as Managing Director of Kaap Agri Operations Limited in 2011. Prior to that he held the posisionOperational Director, responsible for all trade and product related activities as well as for a manufacturing subsidiary at Kaap Agri Limited.

Sean started his career in 1990 at SA Breweries where he held various positions in operations and distribution - the final executive position being National Operations Manager. He thereafter held the position General Manager at Sefalana Holdings Company Ltd (2000 – 2001) and Operational Director at Derek Brink Holdings (2001 – 2003).

Sean moved on to become General Manager for SBV Services (Pty) Ltd (Subsidiary of four of the largest banking groups in SA) where he was responsible for the logistic services for banking and retail businesses (2003 - 2004). He joined GWK Ltd as General Manager Products and later General Manager Operations and Subsidiaries (2004 – 2008).

Sean obtained his Honours B.Econ (Transport Economy) at the University of Stellenbosch. 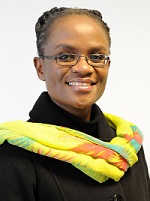 Business Development Manager in the Absa AgriBusiness Centre of Excellence

Dr Langelihle Simela (Langa) was appointed as Business Development Manager in the ABSA/Barclays AgriBusiness Centre of Excellence in June 2015. Langa has served smallholder farmers for over 10 years with the National Emergent Red Meat Producers' Organisation (NERPO; 2004 - 2015) and African Farmers' Association of South Africa (AFASA; 2011 - 2015). During that period, she led organisational development of the two associations and facilitated a number of farmer development programmes. She participated in a number of regional consultancies such as the livestock sector analysis and development an investment framework for Zimbabwe, and development of support strategies and action plans for livestock associations and apex organisations in Southern Africa, for AU-IBAR.

With a PhD in Animal Science and Masters in Veterinary Tropical Diseases she managed the research efforts relating to Theme A – Production in a Resource-constrained environment in the Institute of Food, Nutrition and Well- being (IFNUW), University of Pretoria. She has served as director in a number of industry bodies and is currently a Director of Tshwabac (Tshwane Business & Agricultural Corporation). She is currently serving on the High Level Panel of Experts Project Team for Sustainable Agricultural Development for Food Security And Nutrition, Including the Role of Livestock.

Langa has published in academic journals and publications and serves on the editorial board of Small Ruminant Research (Elsevier) and the Bulletin for Animal Health and Production in Africa (BAHPA).

One of her valued accolades is being nominated an Agricultural Role Model in 2013, by the Modernising African Food Systems Consortium. 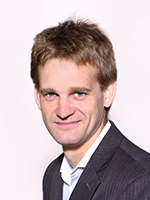 John is currently CEO of the Agricultural Business Chamber (Agbiz) of South Africa, having been appointed to the position in 2007. Prior to taking up the position with Agbiz, he was the CEO of Grain South Africa. Dr Purchase started his professional career as a scientist in South Africa's Agricultural Research Council (ARC). In effect he served the ARC for 22 years in various research and managerial positions.

John was appointed to the Board of the Land & Agricultural Bank of South Africa in July 2012, as well as appointed as Council Member to the National Agricultural Marketing Council (NAMC) by the South African Cabinet. John is the current chairman of the CEO Forum, a forum of the Department of Agriculture, Forestry and Fisheries (DAFF) in which the CEO's and MD's of agribusinesses and organized agriculture meet with the Minister and senior executives of DAFF (government) to address the critical and strategic challenges facing the broader agricultural, forestry and fisheries industries of South Africa.

John was also appointed by the Minister of Agriculture, Forestry and Fisheries to serve on the Reference Group that provided direction and oversight in the development of DAFF's Integrated Growth and Development Plan (IGDP) for the South African agriculture, forestry and fisheries sectors, as well as currently serves on the AgriBEE Charter Council.

Among other awards, he received the 2011 Alumnus of the Year award from the University of the Free State, as well as the 2012 South African Agriculturalist of the Year Award from the South African Agricultural Writers Association. In June 2013 he was also elected to the Board of the International Food and Agribusiness Management Association (IFAMA), following the IFAMA World Forum held in Atlanta, USA, in June 2013. 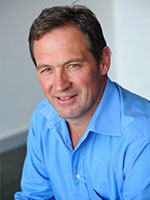 Nico Groenewald, Head – Standard Bank SA Agribusiness was born in 1966 in the northern Free State, South Africa. He grew up and completed schooling in Mpumalanga Highveld Region in South Africa. He completed his BSC Agric Economics degree at University of Pretoria in 1988. After finishing his undergraduate degree, he went for a compulsory military service before Joining Standard Bank as an agricultural adviser.

He moved on to the then co-operative landscape as an agricultural production economist in the Eastern Free State, responsible for winter/summer cash crop budgets, farm risk analysis and farm viability assessments. Before rejoining Standard Bank in 1997 in the Agricultural Credit Department as a credit manager and also completed an MBA at the University of the North West.

Since then he fulfilled various roles within the Standard Bank’s credit and related business snits, which dealt with agriculture. Nico was appointed as the Head of Agribusiness in 2013, where he has a strong focus on getting better (efficiencies) within a commercial framework before getting bigger (business expansion). Underpinned by constantly looking for changes in the drivers/trends of agriculture, its value chains which provide several opportunities to cement agribusiness as a prominent sector providing sustainable existence for mankind. He is also a passionate dedicated cyclist who participants in most of the local race events. 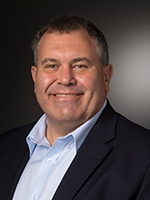 Koos Janse van Rensburg (CASA) was appointed in his current position as managing director at VKB in 2008. He completed a BCom (Accounting) at the University of the Free State, followed by a Honours BCompt and MBL from Unisa.

Koos started his career as a trainee accounting clerk in 1984. He thereafter became audit manager and was audit partner from 1988 to 1998. He held managerial positions in agribusinesses since 1998, including managing director of Noord Boland Landbou (1998 – 2002) and managing director of Boland Agri (2003 – 2006), following the amalgamation of Noord Boland Landbou with Porterville Agricultural Cooperative to form Boland Agri. The current Kaap Agri had its origins when WPK Beperk and Boland Agri amalgamated in 2006, and Koos served as operations director of Kaap Agri from 2006 to 2007.